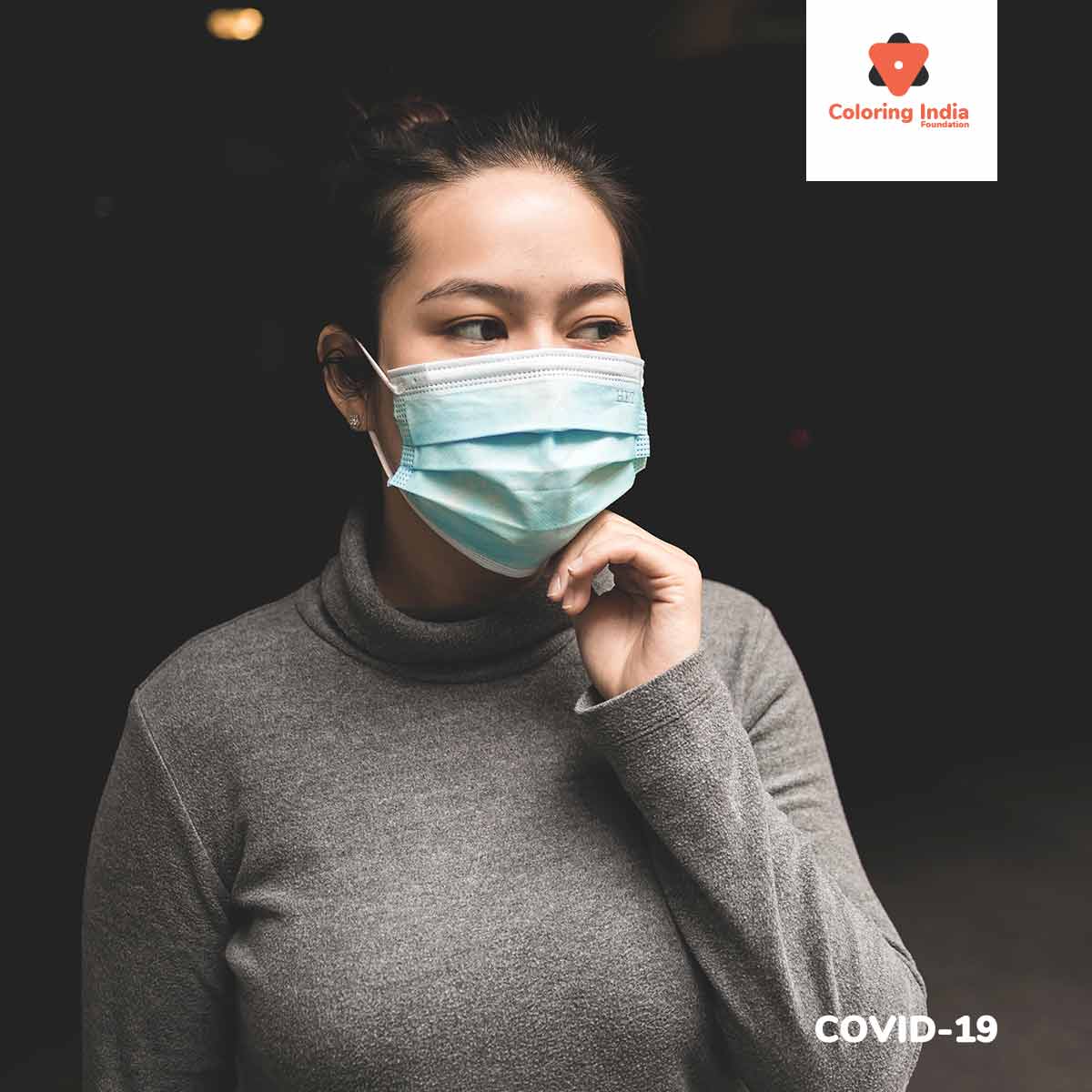 Lockdown 4.0 Explained: What changes for you in the latest phase

Lockdown 4.0 guidelines: Most things are allowed — so what isn’t? What’s the logic of the 7 pm-7 am ‘night curfew’? Have states really got a lot of new power they can use in Lockdown 4.0? Most things. From public transport to markets, everything has been opened in non-containment zones. (Express photo: Abhinav Saha)

Lockdown 4.0 Guidelines: The Centre on Sunday (May 17) extended the lockdown for two more weeks till May 31, but gave some major relaxations, permitting almost all economic activities and significant public movement. What does the new phase of lockdown mean for the common public, the economy, and the state governments struggling for revenue?

What changes for the common man?

Most things. From public transport to markets, everything has been opened in non-containment zones. All factories, manufacturing units, supply lines and offices can now function without any restrictions. Buses and private vehicles can now move about freely without any special conditions.

The government has basically obliterated the idea of zones (unless you are in a containment zone) for common people. Earlier there were graded relaxations in Red, Green, and Orange zones, with the maximum restrictions applying in the Red zones.

Now there are no Zone-wise restrictions or relaxations. Everything is applicable across the country.

So, what is it that continues to be not allowed?

The Centre’s guidelines have banned certain specific activities across the country. These include air travel — both domestic and international — and Metro rail services. The limited availability of long-distance trains for migrant workers and common public will continue.

Schools, colleges, and other educational institutions will remain closed, as would be hotels, cinema halls, malls, swimming pools and gyms.

You cannot yet go to a dine-in restaurant, but you can order a home delivery.

All social, political, and religious functions and gatherings will continue to be barred, and places of worship will remain shut.

What about sporting activities?

If you have been missing sport on television, you may get lucky soon. Sports complexes and stadia have been permitted to open — but without spectators. However, don’t expect to see IPL matches on TV — that’s probably not happening, and here’s why.

But your neighbourhood parks have been allowed to open, and you can again go for your morning walks.

Is there anything else I need to know about what is allowed and what is not?

Please note this: The guidelines have said that barring the prohibited activities (mentioned above), “All other activities will be permitted.”

Which means that all services, including those of barbershops, salons and spas, domestic helps, electricians, AC repair/service people, car cleaners — and just about anything you can imagine — are now permitted.

All liquor shops, including those in market complexes, will open too.

E-commerce delivery of non-essential items, which were earlier prohibited in Red zones, have now been permitted.

Cycle-rickshaws, auto-rickshaws and taxis will also be allowed.

Even the restrictions on the numbers of passengers in vehicles has been removed — and this includes buses.

Offices can run with 100% attendance — even though the government has advised “work from home” to the extent possible.

So does this mean that I can just drive or take a bus to visit my relatives in another state?

Technically, yes. The government has permitted inter-state movement of all vehicles, including both buses and private cars.

However, it has put a condition that this movement would be with the consent of the states between which the travel is being undertaken. Under the Disaster Management Act, states have full right to ignore relaxations allowed by the Centre. Thus, if a state decides to continue having its borders sealed, it can do so. Morning crowd at a market in Navi Mumbai on day one of Lockdown 4 on Monday, May 18, 2020. (Express Photo: Amit Chakravarty)

OK, surely this will ease the misery of the migrants walking on the roads?

To an extent yes, but not significantly.

Given the poor state of inter-state bus transport in many states, the major mode of transportation for migrants has always been the Railways. And rail services continue to be restricted, and buses are unlikely to fill in the huge gap between demand and supply.

This gap has been widened by the massive influx of migrants moving from the more industrialised states to states such as UP, Bihar, Jharkhand, Odisha, West Bengal, Madhya Pradesh and Rajasthan. Bihar, for example, has practically no state transport.

“There are several other issues on the ground other than not having enough buses to carry migrants. Drivers and helpers are scared of contracting Covid-19. They just abscond on some or the other pretext. On multiple occasions we have tried to put migrants on buses during the present crisis, but have been unable to match the supply given the huge demand. So we have had to allow trucks to carry them despite the journey being very dangerous,” said a senior official from the UP government.

Also, some states are reluctant to receive migrants given the apprehensions of a surge in Covid-19 cases after their arrival — and this has only added to the problem. And why is there a 7 pm-7 am night curfew when people can move freely during the day? It’s not as though the virus becomes more active at night!

This condition was first inserted in the guidelines issued on May 1, and there has been no cogent explanation from the Ministry of Home Affairs (MHA) for this ever since. Indeed, if the whole idea of the lockdown is to avoid gatherings and ensure social distancing, that is needed more during the day than at night, when public presence outdoors thins out anyway.

An MHA official suggested this has been done on the suggestion of states.

However, a few officials from different states that The Indian Express spoke to, said they had not made any such suggestions. Delhi had, in fact, suggested that the night curfew be limited to 9 pm to 5 am.

“Perhaps the Centre is wary of people gathering for parties at night where social distancing may be difficult to maintain. Also the availability of police resources is less during the night and largescale vigilance is not possible,” said a senior official from UP government.

Police officers from states across Delhi, UP and Maharashtra expressed surprise that the Centre should allow offices and factories to function normally, but also lay down that the curfew would begin at 7 pm.

“It could be a logistical nightmare for the police. At this time of the year, it’s not even fully dark by 7 pm in large parts of India. Will those who attend office, be able to finish work and reach home by 7 pm? The police will begin setting up barricades beginning 6.30 pm, and there could be chaos on the roads. It could also lead to rent-seeking on the ground,” said a senior police officer.

The Centre has given the states freedom to decide on Zones. What does that mean?

States had been demanding the freedom to notify smaller Zones rather than entire districts or municipal areas, so that they get more elbow room to kickstart the economy. However, there are no restrictions in any Zone barring containment zones now — and to that extent, this devolution of power to the states is immaterial.

States such as Delhi had asked for freedom to notify wards as Red Zones instead of an entire district or municipal area, as the latter engulfed the entire state. As all of Delhi was in Red, the state government had no room to open the economy in any meaningful way.

The current devolution of power could have been beneficial to states during the last lockdown, when there were severe restrictions in Red Zones.

However, it would still be beneficial to states from the healthcare perspective — states can now concentrate resources on surveillance, contact tracing, testing and treatment in smaller zones notified by them 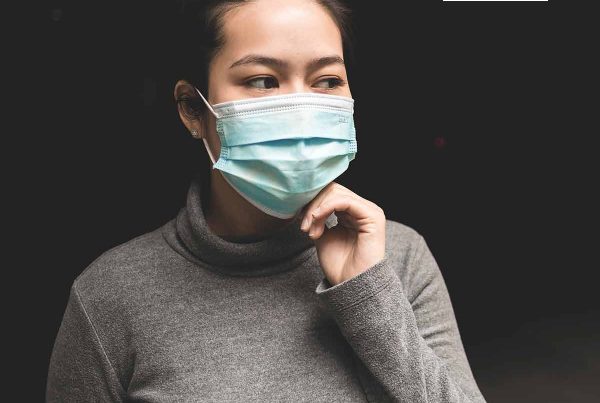